U Thant Zin joined as an executive director, member of the board of IGE Group in 2017 is serving on the group’s activities in the banking sector and he has been named as a Chairman of SBU Board Member for IGE Infra since 2018. Before that he held a series of leadership role in IGE since 1997 and had experienced in the area of marketing, production, logistics and client relationship.

He joined IGE in 1996 for serving logistics and client relation for local and international. He became General Manager of the company which traded with China, Indonesia, Thailand, UAE for the products of construction materials, fertilizers, massive electronic and mechanic equipment. In 2006, he was also Managing Director of MRT, which produced and exported timbers under the group.

He took General Manager role at Premium Petrol Company Limited under IGE Group in 2010 before he was transferred as Chief Operating Office at the United Amara Bank from 2011 to 2017 where he served for bank service operation. 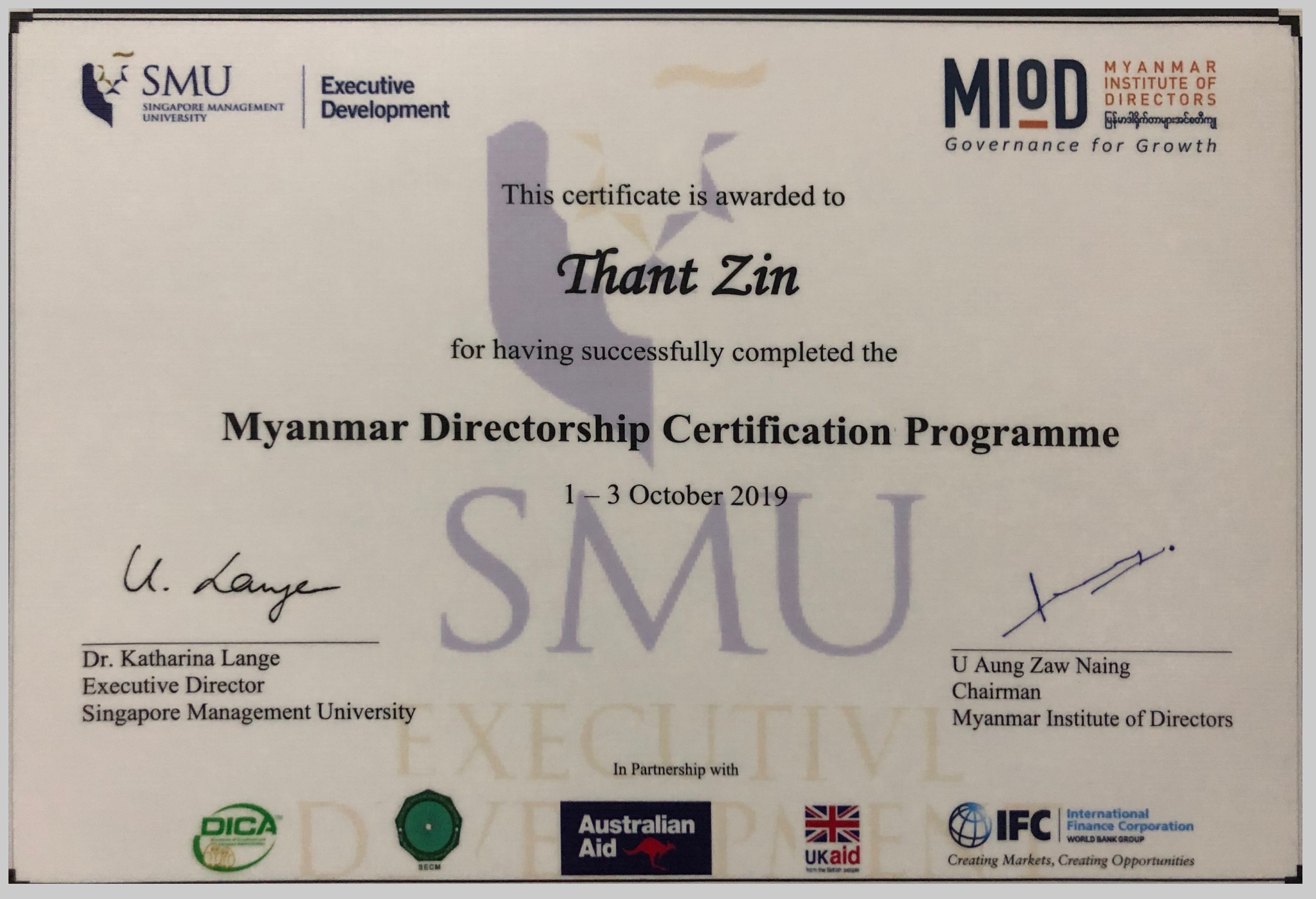