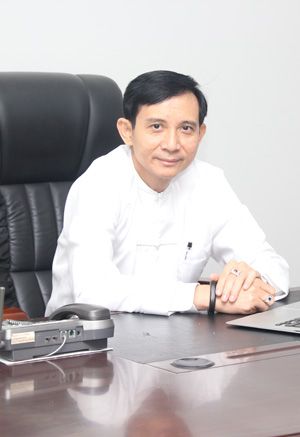 U Than Win Swe

U Than Win Swe is one of the original members of IGE Group and a key architect of the Group’s development and continued success. Over the years he has held a number of roles within the Group, gaining unparalleled knowledge of each group business sector. U Than Win Swe joined IGE as Marketing Manager in 1997. Then in 2000 he was named Chief Operations Officer of Myanmar Rice Trading Co., Ltd., one of IGE’s business units. From 2002 through 2016, he served as Group Deputy Managing Director. He also served as CEO of United Amara Bank from 2011 to 2016. Since 2016, he has been named as  the Group Chief Executive Officer as well as Executive Director of the Board.

U Than Win Swe holds a Bachelor of Commerce, a Master of Public Administration, and a Postgraduate Diploma in Economics as well as a Diploma in Management and Administration from the Yangon Institute of Economics. He also had completed the Director Certification Program (DCP) conducted by Thai Institute of Directors Association (IOD) in 2017.